Experiencing Naegleria Challenges? Are you ready for Summer?

What are Naegleria and why are they of concern 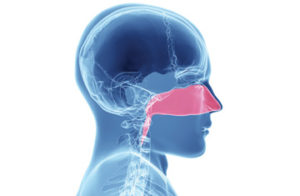 Naegleria are free-living amoeba (a microscopic free-living single-celled organism) commonly found in warm freshwater and soil. More than 40 species of Naegleria have been identified, some of which are thermotolerant (heat tolerant) and able to grow at temperatures as high as 46°C. One of the thermophilic species Naegleria fowleri, the only type that can infect humans, can cause primary amoebic meningitis (PAM) an often fatal disease of the central nervous system. The route of exposure is when water containing the Naegleria fowleri organisms is inhaled through the nasal passages. Typical water-related activities which can lead to exposure include when people swim, dive or fall into water containing Naegleria fowelri, when children play under sprinklers or with hoses using undisinfected water, or when infected water is inhaled to cleanse the nasal passages. The amoebae travel up the nose to the brain where they infect and destroy brain tissue.

The challenge of Naegleria

Naegleria are a challenge to manage because they are able to exist in three different forms, trophozoite, flagellate, and cyst. Under favourable conditions which are typically warm, nutrient rich and aquatic environments, they exist in the trophozoite form and are able to infect and also to reproduce. If pH or ionic changes occur surrounding the organism, the trophozoite can transition to the more mobile flagellated form. If the environment becomes depleted of nutrients, cold, or dry, Naegleria can transition to the cyst form which is more protected and makes them much more resilient in the environment. They are then able to change back to the trophozoite form when the conditions become favourable again. The Trophozoite form is the only form in which Naegleria are able to infect and reproduce. 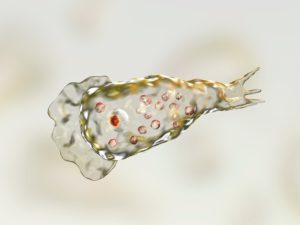 The following points are the main considerations regarding management of risks related to Naegleria fowleri:

How Ecosafe can help

Ecosafe understands well the processes which can be used to minimise the risks from Naegleria fowleri posed to consumers and users of water. Ecosafe can assist by: